Students and enthusiasts of martial arts have many reasons for their interest in the martial arts. Some are drawn to the physical fitness and weight-loss aspects of training. Others seek to add discipline and self control to their lives. While still others are concerned about safety and self-defense.

Whether you are interested in our programs for mental or physical well being, WUXIA MARTIAL ARTS CENTER offers a number of programs that will fit your developmental needs and your busy schedule as well. Click here to view our Weekly Class Schedule. 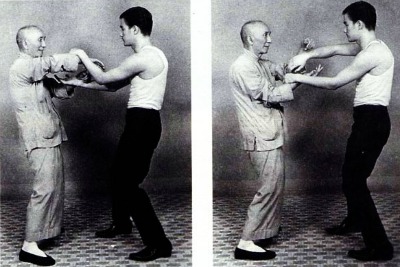 The goal of Ving Tsun is to teach practical self-defense in the shortest amount of time possible. Its techniques are based on positioning, leverage and simple physics, allowing the student to borrow the opponent's strength and turn it against them.

Ving Tsun is practiced by close to 1 million practitioners world-wide in over 64 countries. In Europe, nearly 75% of the military special forces and anti-terrorist units either teach Ving Tsun or incorporate it into their close-quarter battle (CQB) training programs.

The modern system of Ving Tsun is a systematic training method which allows the student to learn quickly. This training method is unique to Ving Tsun and brings students to a real level of self-defense skill in a short period of time.

Our Ving Tsun Kung Fu for Adults program is a goal-oriented self-defense program that provides Adults with a social outlet and a high energy Kung Fu experience.

In addition to a fun and physically challenging curriculum, our program offers mental stimulation and a support structure that can help adults better manage everyday stresses. 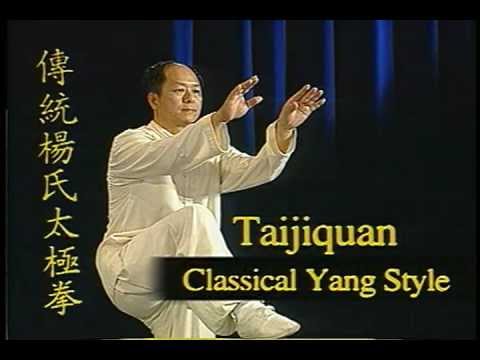 Tai chi (Chinese: 太極; pinyin: Tàijí), short for T'ai chi ch'üan or Tàijí quán (太極拳), is an internal Chinese martial art practiced for both its defense training, its health benefits and meditation. The term taiji is a Chinese cosmological concept for the flux of yin and yang, and 'quan' means fist. So, etymologically, Taijiquan is a fist system based on the dynamic relationship between polarities (Yin and Yang). Taijiquan is often seen as only a health related art, but it is in fact first and foremost a martial art. It is also typically practiced for a variety of other personal reasons: competitive wrestling in the format of pushing hands (tui shou), demonstration competitions and achieving greater longevity. As a result, a multitude of training forms exist, both traditional and modern, which correspond to those aims with differing emphasis. Some training forms of tai chi are especially known for being practiced with relatively slow movements, but ultimately leading to fast explosive movements used for martial skills.

Today, Tai Chi has spread worldwide. Most modern styles of Tai Chi trace their development to at least one of the five traditional schools: Chen, Yang, Wu (Hao), Wu and Sun. All of the former, in turn, trace their historical origins to Chen Village.  Here at Wuxia Martial Arts we study Yang Style Taijiquan under Master Shifu Yang Jwing-Ming who traces his roots back to Yang Cheng Fu.

Tai chi training involves five elements, taolu (solo hand and weapons routines/forms), neigong and qigong (breathing, movement and awareness exercises and meditation), tuishou (response drills) and sanshou (self defence techniques). While tai chi is typified by some for its slow movements, many styles (including the three most popular: Yang, Wu and Chen) have secondary forms with faster pace. Our school teaches partner exercises known as tuishou ("pushing hands"), and martial applications of the postures of different forms (taolu). 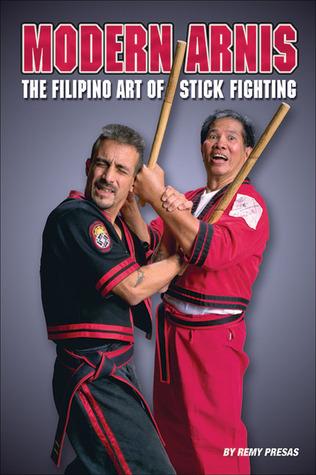 Modern Arnis
Modern Arnis is the system of Filipino fighting arts founded by Remy Presas as a self-defense system. His goal was to create an injury-free training method as well as an effective self-defense system in order to preserve the older Arnis systems. The term Modern Arnis was used to describe his style of Filipino martial arts. It is derived principally from the traditional Presas family style of the Bolo (machete) and the stick-dueling art of Balintawak Eskrima, with influences from other Filipino and Japanese martial arts.

This class focuses on weapon reaction, grip strength conditioning, principles, techniques and counterattacks. In addition, we also cover empty-hand self-defense (striking, locking, throwing, etc.) as well as the trademark single and double stick techniques of the Filipino martial arts. Other aspects of the art include espada y daga (sword and dagger fighting), sinawali (double stick weaving patterns), and tapi-tapi (locking drills with the stick). In addition to partner drills, Modern Arnis includes the use of anyo (kata), solo forms both with and without the stick. Emphasis is placed on fitting the art in with a student's previous training ("the art within your art"), smoothly reacting to changing situations in the fight ("the flow"), and countering the opponent's attempt to counter strikes directed at him ("tapi-tapi"). Practitioners are called arnisadors or Modern Arnis players.

In addition to its Filipino influences, elements of Judo, Shotokan Karate, and Wally Jay's Small Circle Jujutsu appear in the system.

This class emphasizes BJJ (Brazilian Jiu Jitsu) ground fighting and Submission Wrestling / No Gi BJJ for active members. Submission wrestling (also known as submission fighting, submission grappling, sport grappling, or simply as no-gi is a general term for martial arts and combat sports that focus on clinch and ground fighting with the aim of obtaining a submission through the use of submission holds. The term "submission wrestling" usually refers only to the form of competition and training that does not use a gi, or "combat kimono", of the sort often worn with belts that establish rank by color, though some may use the loose trousers of such a uniform, without the jacket.

BJJ / Submission Wrestling promotes the concept that a smaller, weaker person can successfully defend against a bigger, stronger assailant by using leverage and proper technique, taking the fight to the ground – most notably by applying joint-locks and chokeholds to defeat the other person. 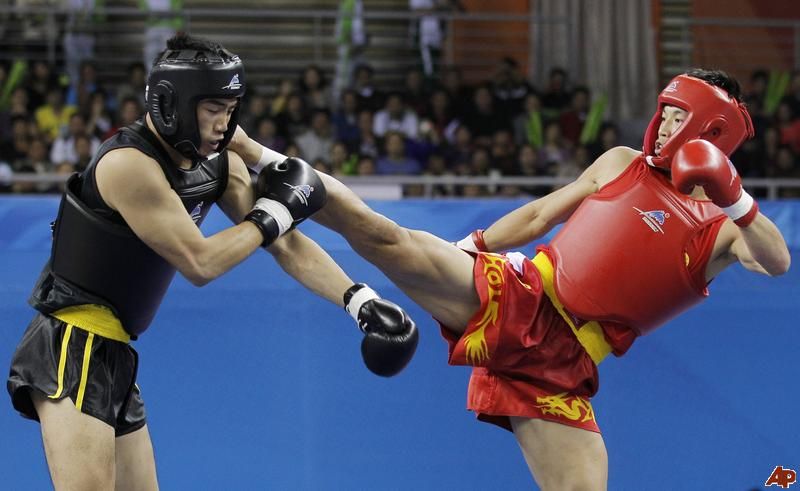 (Wushu Sanshou), also known as Sanda (Wushu Sanda), Chinese boxing or Chinese kickboxing, is a Chinese self-defense system and combat sport. Wushu Sanshou is a martial art which was originally developed by the Chinese military based upon the study and practices of traditional Kung fu and modern combat fighting techniques; it combines full-contact kickboxing, which includes close range and rapid successive punches and kicks, with wrestling, takedowns, throws, sweeps, kick catches, and in some competitions, even elbow and knee strikes.

Wushu Sanshou is not seen as a style itself, but rather is considered as just one of the two components of Chinese martial arts training and is often taught alongside Wushu Taolu (forms) training.   Sanshou may also involve techniques from any other fighting style depending on the teacher's mode of instruction.

A modern fighting method, sport, and applicable component of Wushu / Kung Fu influenced by traditional Chinese Boxing, of which takedowns & throws are legal in competition, as well as all other sorts of striking (use of arms & legs). Chinese wrestling methods called Shuai Jiao and other Chinese grappling techniques such as Chin Na. It has all the combat aspects of wushu.

Sanda appears much like Kickboxing but includes many more grappling techniques. Sanda fighting competitions are often held alongside taolu or form competitions. Sanda represents the modern development of Lei Tai contests, but with rules in place to reduce the chance of serious injury. Many Chinese martial art schools teach or work within the rule sets of Sanda, working to incorporate the movements, characteristics, and theory of their style.

Chinese martial artists also compete in non-Chinese or mixed combat sports, including boxing, kickboxing and mixed martial arts. Sanda is practiced in tournaments and is normally held alongside taolu events in wushu competition. For safety reasons, some techniques from the self-defense form such as elbow strikes, chokes, and joint locks, are not allowed during tournaments. Competitors can win by knockout or points which are earned by landing strikes to the body or head, throwing an opponent, or when competition is held on a raised lei tai platform, pushing them off the platform. Fighters are only allowed to clinch for a few seconds. 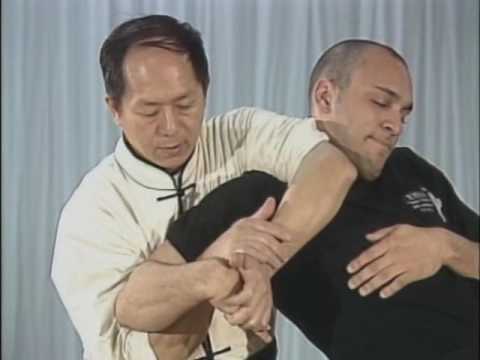 Qinna can generally be categorized (in Chinese) as:

"Bi qi" (sealing the breath). Bi means "to close, seal or shut" and qi, or more specifically kong qi, meaning "air". "Bi qi" is the technique of preventing the opponent from inhaling. This differs from mere strangulation in that it may be applied not only to the windpipe directly but also to muscles surrounding the lungs, supposedly to shock the system into a contraction which impairs breathing.

"Dian mai" or "dian xue" (sealing the vein/artery or acupressure cavity). Similar to the Cantonese dim mak, these are the technique of sealing or striking blood vessels and chi points.

Qin means to capture or lock, na means to grab or hold, and while those actions are very often executed in that order, the actions can be performed distinctly in training and self-defense: a trap isn't always followed by a lock or break, and a lock or break is not necessarily set up by a trap.

Functionality for all styles

Please Contact Us if you have any questions about our programs or would like to know about other programs that may not be listed here.